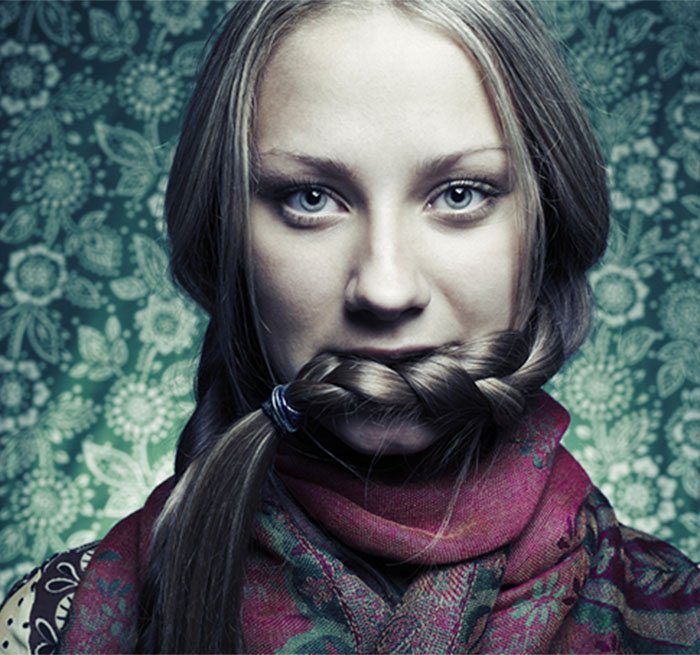 Our friends the Zaitsevs live out of town “The air is so much better out in the suburbs,” they say. That is, they can’t afford to live where the air is bad. A small group of us went to visit them.

We set off without any mishap. That is, apart from minor details: we didn’t take enough cigarettes, one of us lost her gloves, another forgot her door key. And then, at the station, we bought one ticket less than we needed. Well, anyone can make a mistake. We counted wrong. Even though there were only four of us.

It was a little awkward, actually, that we counted wrong. Apparently, in Hamburg, there was once a horse that could count beautifully, right up to six…

And we got out without any mishap at the right station. Though we did get out once or twice before—at every station, as a matter of fact. But every time, realizing our mistake, we had, very sensibly, got back in the carriage.

When we arrived at our destination we had a few more awkward moments. It turned out that none of us knew the Zaitsevs’ address. Each of us was relying on the others.

A quiet, gentle voice came to our aid: “You’re here!”

It was the Zaitsevs’ daughter: a girl of eleven, clear-eyed, with blond Russian plaits just like I had had at that age (plaits pulled so many, many times by other children, plaits that brought me no end of grief!).

She had come to meet us.

“I really didn’t think you’d get here!” she said.

“Well, Mama kept saying that you’d either miss the train or get the wrong one.”

I was a little offended. I’m actually very punctual. Recently, when I was invited to a ball, not only did I not arrive late—I was a whole week early.

Her clear eyes looked at me thoughtfully, then down at the ground.

Delighted that we now knew where we were going, we decided to go and sit in a café for a while, then to hunt down some cigarettes, then try to telephone Paris and then…

But the fair-haired girl said very seriously, “No, you absolutely mustn’t. We must go back home right away. They’re expecting us.”

So, shamefaced and obedient, we set off in single file behind the young girl.

We found our hostess at the stove.

She was looking bemusedly into a saucepan.

“Natasha, quick! Tell me what you think? What is this I’ve ended up with—roast beef or salt beef?”

The girl had a look.

Dinner was a noisy affair.

And in all the hubbub the young girl, now wearing an apron, walked round the table, picking up a fork that had fallen onto the floor, moving a glass away from the edge of the table, seeing to all our needs, taking our worries to heart, her blond plaits glinting as bright as ever.

At one point she came up to one of us and held out a ticket.

“Look,” she said. “I want to show you something. In your own home, is it you who looks after the housekeeping? Well, when you next buy some wine, ask for one of these tickets. When you’ve collected a hundred tickets, they’ll give you six towels.”

She kept pointing things out to us and explaining things. She very much wanted to help—to help us live in the world.

“How wonderful it is here,” enthused our hostess. “After the lives we led under the Bolsheviks! It’s barely believable. You turn on a tap—and water comes out. You go to light the stove—and there’s firewood already there.”

“Eat up, my angel,” the girl whispered. “Your food will go cold.”

We talked until it grew dark. The fair-haired girl had for some time been repeating something to each of us in turn. At last somebody paid attention.

“You need to catch the seven o’clock train,” she had been saying. “You must go to the station straight away.”

We grabbed our things and ran to the station.

There we had one last, hurried conversation.

“We need to buy Madame Zaitseva a dress tomorrow. Very modest, but showy. Black, but not too black. Narrow, but it must look full. And most important of all, one she won’t grow tired of.”

“Let’s take Natasha with us. She can advise us.”

And the fair-haired girl was walking about, saying something, trying to convince us of something. At last, somebody listened.

“You need to go over the bridge to the other platform. Don’t wait till the train comes in or you’ll have to rush and you might miss it.”

The next day, in the shop, the graceful figure of Madame Zaitseva was reflected in two triple mirrors. A little salesgirl with pomaded hair and short legs was draping one dress after another over her. And on a chair, her hands politely folded, sat the fair-haired girl, dispensing advice.

“Oh!” said Madame Zaitseva, flitting about between the mirrors. “This one is lovely. Natasha, why aren’t you giving me any advice? Look, isn’t that beautiful—with the grey embroidery on the front. Quick, tell me what you think!”

“No, my angel, you mustn’t buy a dress like that. How could you go about every day with a grey stomach? It would be different if you had a lot of dresses. But as it is, it’s not very practical.”

“Well, fancy you saying that!” her mother protested. But she didn’t dare disobey.

We began to make our way out.

“Oh!” cried Madame Zaitseva, “Just look at these collars! They’re just what I’ve been dreaming of! Natasha, take me away from them quickly, don’t let me get carried away!”

Concerned, the fair-haired girl took her mother by the hand.

“Come this way, my angel, don’t look over there. Come over here and look at the needles and thread.”

“You know what?” whispered Madame Zaitseva, with a sideways glance at her daughter. “She heard what we were saying about Lenin yesterday. And in the evening she said, ‘I pray for him every day. People say he has much blood on his conscience. It’s a burden on his soul… I can’t help it,’ she said to me, ‘I pray for him.’”