They Have Given Us The Land 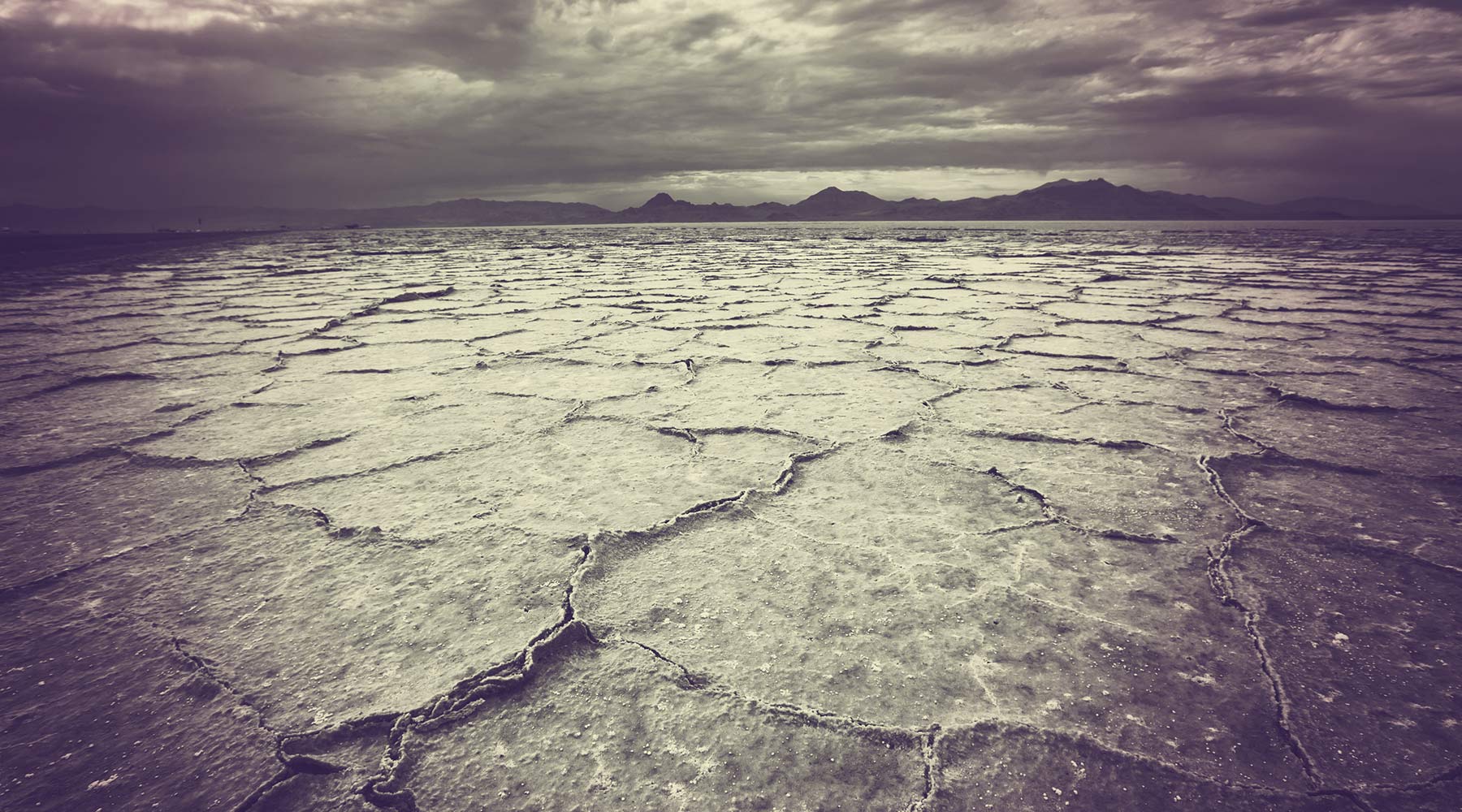 They Have Given Us The Land

A group of Mexican farmers are trudging under the scorching sun upon the barren prairie that is the land “they gave to them.” Apart from their rifles and horses, another thing that is not mentioned in the text had been taken from them: arable agricultural lands. And instead of those lands they had been given “All the Big Plain,” which has “thousands and thousands of plots of land.” What the lands don’t have is a drop of water or chance of rain. In few words we are introduced to the one-sided and threatening dialogue with the government official, who presents these people with the gift they can’t turn down. Most likely someone up or in the middle of the chain defined the move as an “agricultural reform,” allegedly intended to benefit the farmers, but in reality depriving them of the little they had, and all this approximately three decades after the revolution that was supposed to remedy the social injustices in Mexico. Despite the laconic method of presentation (which matches the prevailing poverty and desperation), Rulfo manages to imbue his miserable characters with human uniqueness, to a large extent thanks to their peculiarities. “They Gave Us the Land” is a sharp protest story as much as it is a masterpiece of poetic prose that plays in the reader’s mind with simplicity and precision, without one strident note.
This story was first published in 1945 in the magazine “Pan” (“Bread”) in the city of Guadalajara and was included in the collection “The Burning Plain” (1952), one of the two books (along with the novel “Pedro Páramo,” 1955) published by Juan Rulfo (1918-1986), which have granted him a place of honor as one of the most celebrated writers in Mexican literature for generations.

You might sometimes think, in the middle of this edgeless road, that there would be nothing after it; that you would find nothing on the other side, at the end of this plain split with cracks and dried arroyos. But yes, there’s something. There’s a village. You can hear the dogs barking and feel the smoke in the air, and relish the smell of people as if it were a hope. But the village is still far away. It’s the wind that brings it closer. We’ve been walking since dawn. Right now it’s around four in the afternoon. Someone looks up at the sky, stretches his eyes toward where the sun is hanging, and says:

That someone is Meliton. With him are Faustino, Esteban, and me. There are four of us. I count them: two in front, two in back. I look even farther back and don’t see anyone else. Then I say to myself: “There are four of us” A while ago, around eleven, there were over twenty but little by little they have scattered until just this little knot of us is left. Faustino says:

We all lift our faces to see a heavy black cloud passing over our heads. And we think: “Maybe it will.”

We don’t say what we are thinking. We lost the will to speak a while back. We lost it because of the heat. You would be happy to talk elsewhere, but it is hard here. You talk here and the words become hot in your mouth from the outside heat, and they dry on your tongue until the breath is gone.

Things are like that here. That’s why no one wants to talk.

A drop of water falls, big, fat, making a hole in the ground and leaving a lump as if it were spittle. It drops alone. We wait for other drops to fall. It doesn’t rain. Now if you look at the sky, you can see the storm cloud far away, running, in a hurry. The wind from the village nudges up to it, pushing it against the blue shadows of the mountains. And the drop that fell by mistake is devoured by the earth, which makes it disappear into its thirst.

Who the hell would make this plain so big? What’s it good for, eh?

We’ve begun to walk again. We had stopped to see the rain. It didn’t rain. Now we start walking again. And I think that we’ve walked more than the ground we’ve covered. That occurs to me. Had it rained, maybe other things would have occurred to me. All in all, I know that from the time I was a boy, I have never seen rain fall on the plain, what you might call rain.

No, the plain isn’t good for anything. There are neither rabbits nor birds. There is nothing. Except for a few huizache trees and one or two spots of zacate with their leaves curled up; aside from that, there’s nothing.

And here we are walking. The four of us on foot. We were riding horses before and carrying a rifle. Now we don’t even have the rifle.

I’ve always thought that having the rifle taken away was a good thing. It is dangerous to be armed around here. You can be killed without warning if they see you with “the 30” strapped on. But horses are a different story. Had we come on horseback, we would already have been drinking the green water of the river and paraded our stomachs through the village streets so the food would go down. We would already have done all this if we still had the horses we had. But they took our horses along with the rifle. I turn in every direction and look at the plain. Such vast land for nothing. Your eyes slide all over with nothing to detain them. Only a few lizards come out to stick their heads out of their holes, and once they’ve felt the sun’s burning, they run to hide in the shadow of a little rock. But we, when we have to work here, what will we do to cool off from the sun, eh? Because we were given these crusts of land to plant on.

“From the village up to here, it’s yours.”

We stopped short, as if to say we didn’t want the Plain. What we wanted was next to the river. From the river up to the arroyos, where you find those trees called casuarinas and the paraneras and the good land. Not this tough cowhide called the Plain.

But we weren’t allowed to say these things. The agent hadn’t come to talk with us. He put the papers in our hands and said to us:

“Don’t be frightened by having so much land just to yourselves.”

“But it’s that the Plain, señor delegado …”

“But there’s no water. Not even enough for a mouthful.”

“And the rainy season? Nobody said you would be provided with irrigated land. As soon as it rains there, the corn will come up as if it were being pulled up.”

“But, señor delegado, the earth is washed out and hard. We don’t believe the plow will cut through the rocky quarry that is the Plain. To plant seed, we’d have to make holes with a pickax, and not even then is it guaranteed that anything will grow; corn or anything else won’t grow.”

“Put that in writing. And now go away. You should be attacking the estate owners, not the government, which is giving you the land.”

But he didn’t want to listen.

That’s how they gave us the land. And on that hot griddle they want us to plant the seeds of something, to see if something will take root and grow. But nothing will grow here. Not even buzzards. You spot them every so often, very high, flying fast; trying to get out as soon as possible from this white hardened soil, where nothing moves and where you walk as if you are losing ground.

“This is the land they’ve given us.”

I don’t say anything. I think: “Meliton’s head isn’t in the right place. It must be the heat that’s making him say these things. The heat has gone through his hat and heated up his head. And if not, why is he saying what he is saying? What land did they give us, Meliton? There isn’t even enough soil for the wind to raise a dust cloud here.”

Meliton picks it up again:

I had not paid much attention to Esteban. Now that he is talking, I look at him. He is wearing a jacket that reaches his navel, and under the jacket something that looks like a hen is peering out.

Yes, it’s a red hen, Esteban has it under his jacket. You can see its sleepy eyes and open beak, as if it were yawning. I ask him:

“Hey, Teban, where did you pick up that hen?”

“You didn’t have it before. Where did you buy it, eh?”

“Then you brought it for us to eat, no?”

“No, I brought it to take care of it. My house was left empty and without anyone to feed it; that’s why I brought it. I always take it when I go far away.”

“It’ll suffocate stuffed in there like that. Better take it out to give it air.”

He places it under his arm and blows warm air on it. Then he says:

“We’re coming to the cliff.”

I no longer hear what Esteban is saying. We’ve formed a line to descend the cliff, and he’s at the very front. I see that he has the hen by the legs and swings it every so often so it won’t hit its head on the rocks.

As we descend, the land turns good. Dust rises as if it were a mule train descending there; but we like getting covered with dust. We like it. After tromping over the dry plain for eleven hours, we feel very pleased to be enveloped in this thing that hops all over us and tastes like earth.

Above the river, over the green tops of the casuarinas, flocks of green chachalacas fly around. We also like that.

Now you can hear the dogs barking, near us, and it’s because the wind from the village swirls in the ravine, filling it with all its sounds. Esteban again hugs his hen as we approach the first houses. He unties its legs so it can shake off its numbness, and then he and his hen disappear behind some tepemezquite trees.

“This is where I get off!” Esteban tells us.

We continue ahead, deeper into the village.

The land they’ve given us is farther up ahead.

*From “The Plain In Flames” by Juan Rulfo, Copyright © 2012. By permission of the University of Texas Press.