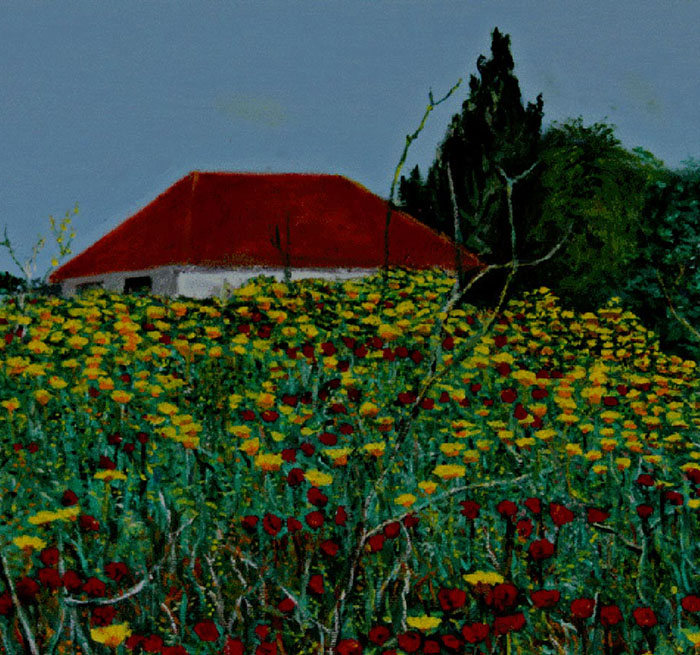 Sharon Horodi’s stories, many of which have been published in various journals, are characterized by very precise language, which manages to penetrate the essence of momentary occurrences and existential situations and place them on the operating table in front of the reader. In the story “Thorns,” the protagonist returns to her parents’ moshav. Random meetings evoke within her the memory of a crucial event that took place in her past. Horodi excels in describing the atmosphere of life in a moshav in Israel, with its sounds, smells, conversations and remarkably precise dialogues. From within the smells, the sights and the sounds emerges the protagonist’s—and the readers’—great longing for the past, that seems more perfect and reconciled than the changing and shaky present. But the temptation Horodi presents us, to return to the past, confronts us unwillingly with the illusion of its magic, and the event that the protagonist experiences again in her memory, threatens to dispel the illusion. The way the Thai workers are treated, for instance, which seems in the beginning of the story like racism that was unfamiliar to the moshav in the past and only came when the foreign workers themselves did, is perhaps rooted deeper in the past than we first thought. With delicate yet confident artistry, Horodi spins webs between the “new” situation she faces in the moshav, and the past, which, from the moment the thorns of the prickly pear pierce her flesh, no longer seems so magical.