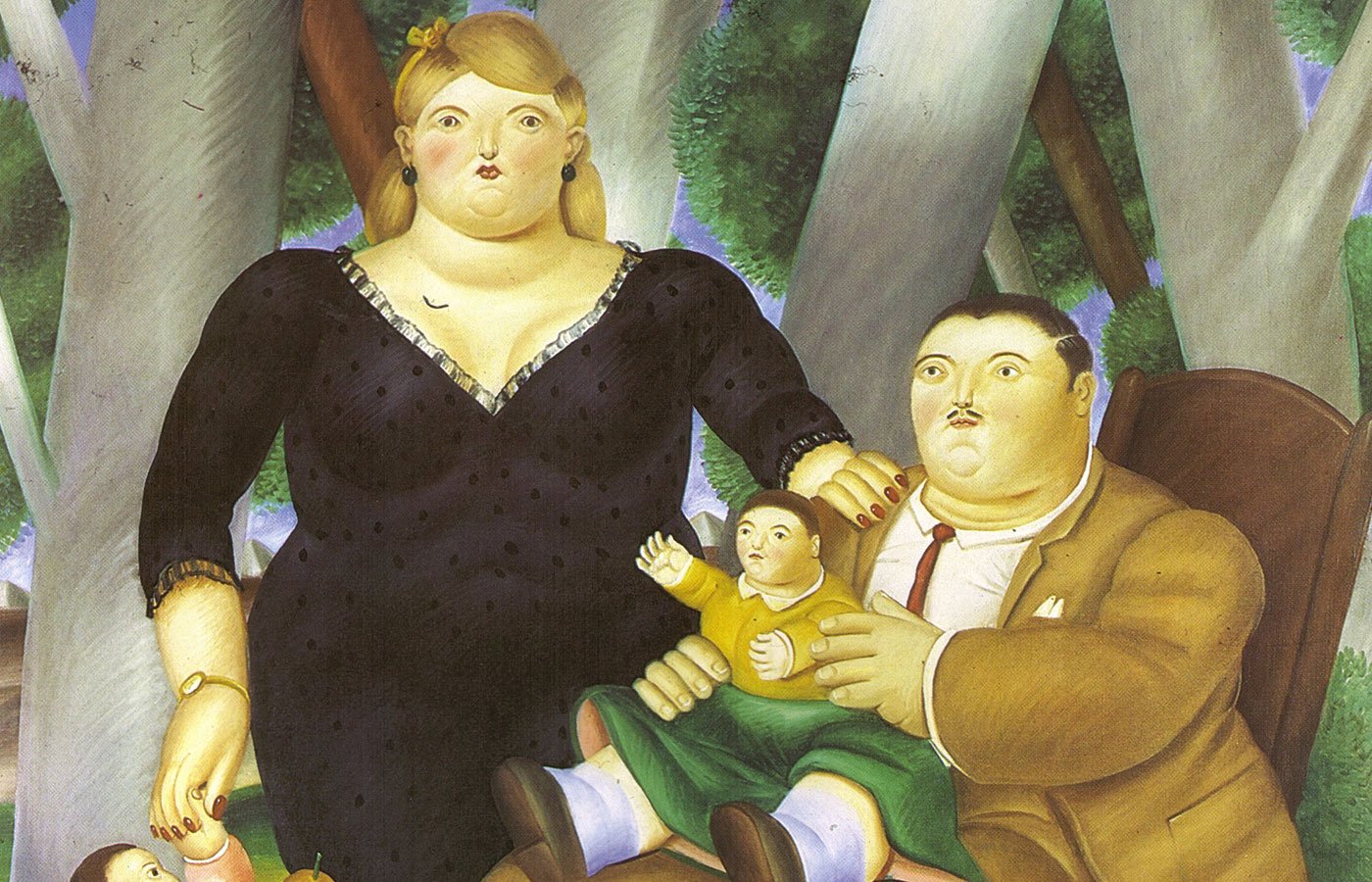 The incident with my wife occurred during an excursion into the jungle. It was an overwhelmingly green afternoon, the kind of thing you boast about to your guests. (“The sun that evening was incredible, wasn’t it? We were terrified.”) Nonetheless, our canoe continued to slide impassively upriver. I checked my pocket watch every minute. It’s a habit.

“Boys, look at those ants eating a native on the shore there!”

“Yes, Daddy, we see them,” my boys answered.

Where we were going, I don’t really know, but I had promised myself a pleasant afternoon with Loretta and my two chubby sons. The four of us all together, listening to the screeching of the mandrills in the undergrowth, perhaps allowing ourselves to be a little scared (a small, manageable knot in the stomach) when night fell and we hadn’t yet made camp. Around dusk, my favourite time of day, we might well have seen a pair of fiery pupils stalking us in the darkness from behind the tree-line. We could have made a fire. We could have enjoyed the experience as a family.

“Do you like beasts, honey? Are you having a good time?” I asked my wife innocently as I stroked her knee in suggestive circles.

But Loretta didn’t answer. Sitting on the side of the canoe, she was staring intensely, with real desire, at the river, her thoughts far away. That was fine by me; even a wife needs her space every now and again. I didn’t give it a second thought.

Later I said, “Look, a tribe of head-hunters is waving to us. Be polite, boys. Clasp your hands together on three.”

That was more or less it. Nothing out of the ordinary. I do remember, however, that as the canoe went on, hugging the shore, we heard whole trees shaking, as though something huge were stomping along the path beside us and occasionally getting stuck in the foliage. My sons were complaining heartily about the tuxedos I had made them wear, but I have to say that their elegant, straight-backed, ambassadorial bearing, copious sweating and swatting at the mosquitoes buzzing about their necks was the very embodiment of the world where one walks on two feet and drinks Dry Martinis but leaves the olive glistening and untouched. I now know that I was right. I remember that shortly before Loretta stood up to say something my fattest son asked me if they could jump into the water and swim over to the caimans. My two sons may be fat, but they have dangerous ideas.

“Daddy, can we jump into the water to kiss those lovely crocodiles?” he asked, making an abandoned reptile face.

“Please, Daddy, please!” they shouted together.

“I said no. Look at the jungle. It’s magnificent.”

It was then that I saw Loretta stir in her elegant way. I watched as she stood up, struggling to keep her balance in the canoe, and adjusted her red hair and the neckline of her white dress. Then she fixed us with a wild, bereft glare.

“I can’t stand you,” she declared.

“I can’t stand you. I can’t bear another minute with you. I want a life.”

And then Loretta dived sleekly into the water and started to swim upriver. On such occasions it is perfectly possible to master one’s sense of panic. One might easily, for example, feel like banging one’s head against the wall until one’s skull is soundly crushed. Not me. At that moment I was thinking about everything I didn’t know about her. Simply put, I didn’t know that she could swim. On other outings to, I don’t know, the seaside or that ghostly pool our neighbours have in Baltimore, Loretta had never expressed any interest in swimming. She ate black olives and entertained herself with pictures of washing machines, but she never once suggested a swim. I watched incredulously as she cut through the river at a great pace, like an Olympic champion, rising and falling with indomitable freedom until we lost sight of her in the distance.

“You’ll catch a cold, honey,” I shouted absurdly, thinking that she would come back.

Only a couple more things worth mentioning happened on that afternoon excursion. I confess that I felt confused and depressed. My pocket watch had stopped for no obvious reason (which is bad enough), and the trees continued to shake as we went along. We started to find Loretta’s clothes floating downstream. Pieces of her white dress, which we quickly stowed in the bow. Her final messages to her family. I thought that at any moment we’d find a stream of blood floating down the river, some sign that Loretta had been devoured or that she herself had taken a chunk out of some river animal’s neck. I thought that at least then my sons and I would be able to touch Loretta’s sweet blood in the water and smell her one last time. That would have been nice. It would have been a sign of acceptance. But nothing like that happened, and soon enough I smacked right into the rock of reality. Another mass of yellow trees shook violently. I caught my breath as I saw a fifteen-metre-high primate push a boulder out of its way, stamp a couple of rotten tree trunks into smithereens and walk off towards the horizon with my wife – I’m pretty sure it was her because she was naked – cradled tenderly in its fist. Loretta was giving him orders and pointing at something out of sight. Well, the giant ape seemed, if not happy, then at least compliant.

“A monkey, a monkey!” My sons shouted. They didn’t understand what was going on. “We need to show it to Mummy. A monkey!”

I had to tell them to shut up. I leaned towards them, looked them straight in the eyes (with the seriousness with which someone once looked at me) and adjusted their bow-ties. Then I adjusted my own. I felt obliged to speak to them in a loud, clear voice.

“Dignity, my sons. Above all, one must be dignified.” I could feel the desolation growing within me as I spoke. “On my signal, the three of us shall raise our hands to the horizon. We’re going to pretend – concentrate hard now – that we’re holding Dry Martinis. The sun and the jungle must be reflected in the glass. It’s all we have left.”

An hour later we paddled the canoe to the shore. It was the first time we had ever been alone in the jungle or the world. I wondered how I could possibly explain to my sons what had happened. And also whether Loretta was in an ancient cave somewhere, sitting astride the primate’s palm in the darkness, making rules about their future living arrangements. I don’t remember why we hadn’t yet made a fire, but I told my boys that they were free to do what they liked.

“Go on, go and hunt us something big. That’ll keep you entertained for a while, and you can give Daddy some time to himself.”

They loosened their bow-ties with relief, and their eyes lit up (for a moment they reminded me of jungle beasts themselves), then they set off into the jungle without further ado. Once they had got far enough away I made a fire from a supply of dry wood we kept in the canoe. After a few minutes the green, skeletal flames were leaping in front of me, and I found myself staring into the fire with a sadness I’d never known before. I even considered jumping into it and doing away with myself. I was thus entranced when suddenly I heard a rustling in the bushes.

“Boys,” I whispered. “Enough playing with carnivorous beasts. Come back.”

There was a roar in the distance; it was soft and crystalline, swarming over the branches, the trail and the bluish rocks and boulders. A roar so huge and yet so familiar that for a moment I was scared and picked up a sharpened stick to stand guard. My legs were shaking so much that I could barely keep myself upright. I soon realized that it wasn’t the ape. Certainly not. It was Loretta roaring into the blue night from some unknown location.

A few hours later, before my sons came back to me and we went to sleep clinging to each other, I stupidly decided to sign one of the trees. I took out my knife and, trembling, carved my name and that of my wife. Then I locked the names close together in a heart, and, underneath, with my head bowed so no one could see the tears in my eyes, I wrote a date that wasn’t and never would be any different from any other.