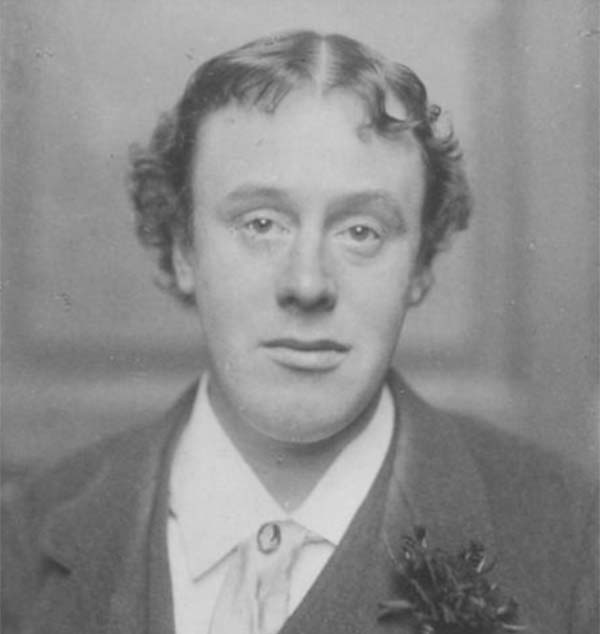 Count Eric Stenbock was a Baltic Swedish poet and writer of macabre fantastic fiction. Stenbock was the count of Bogesund and the heir to an estate near Kolga in Estonia. He was the son of Lucy Sophia Frerichs, a Manchester cotton heiress, and Count Erich Stenbock, of a distinguished Swedish noble family of the Baltic German House of nobility in Reval. The family rose to prominence in the service of King Gustav Vasa. Catherine Stenbock was the third and last consort of Gustav Vasa and Queen consort of Sweden between 1552 and 1560. Stenbock’s great-grandfather was Baron Friedrich von Stuart (1761–1842) from Courland. Immanuel Kant was a great-great-granduncle of Stenbock.

Stenbock’s father died suddenly while he was one year old; his properties were held in trust for him by his grandfather Magnus. Eric’s maternal grandfather died while Eric was quite young, also, in 1866, leaving him another trust fund. In 1885, Count Magnus died, upon which Stenbock, as the oldest living male relative, acceded to the status of Count and to the possession of the family’s estates in Estonia. Eric traveled to and lived in Kolga for a year and a half; he returned to England in the summer of 1887, during which time he sank deeper into alcoholism and drug addiction.

Stenbock lived in England most of his life, and wrote his works in English. He published a number of books of verse during his lifetime, including Love, Sleep, and Dreams (1881), and Rue, Myrtle, and Cypress (1883). In 1894, Stenbock published The Shadow of Death, his last volume of verse, and Studies of Death, a collection of short stories. On 26 April 1895 Stenbock died from cirrhosis of the liver at his mother’s home, Withdeane Hall, near Brighton.

Stories by this
Author
12
Eric Stenbock