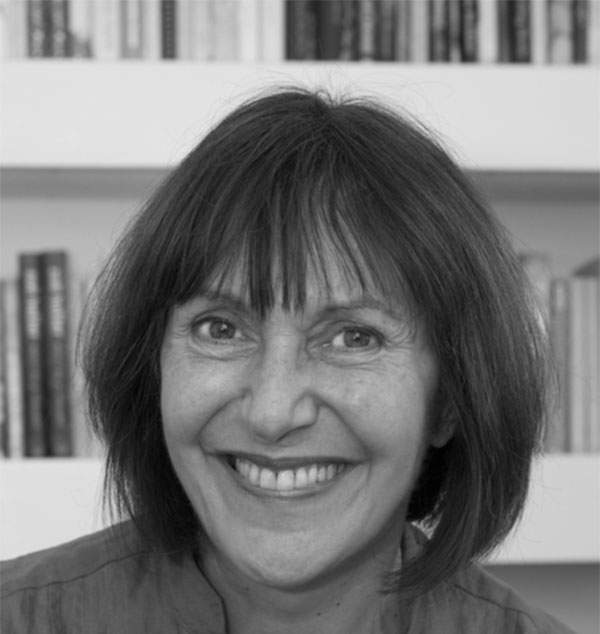 Marina Lewycka is an author of Ukrainian origin and was born in a refugee camp in Kiel, Germany, during World War II. She studied at Keele University, and has written a number of books of practical advice for carers of the elderly, published by Age Concern. She lectures in media studies at Sheffield Hallam University. Her first novel, The Short History of Tractors in Ukrainian (2005) won the 2005 Saga Award for Wit, the 2005 Bollinger Everyman Wodehouse Prize, and was shortlisted for the 2005 Orange Prize for Fiction. Her second and third novels are Two Caravans (2007) and We Are All Made of Glue (2009). Various Pets Alive and Dead was published in 2012. Her fifth novel, published in 2016, was The Lubetkin Legacy, named after Berthold Lubetkin, the Georgian-born modernist architect, who built popular housing with the slogan: “Nothing is too good for ordinary people.” The Lubetkin Legacy was shortlisted for the Bollinger Woodhouse Everyman for Comic Fiction prize. In 2009 Lewycka donated the short story “The Importance of Having Warm Feet” to Oxfam’s Ox-Tales project, four collections of UK stories written by 38 authors. Her story was published in the ‘Earth’ collection. Later the same year, she donated a second short story, “Business Philosophy”, to the Amnesty International anthology Freedom: Short Stories Celebrating the Universal Declaration of Human Rights.

Stories by this
Author
9
Marina Lewycka

The Dependant’s Tale as told to Marina Lewycka