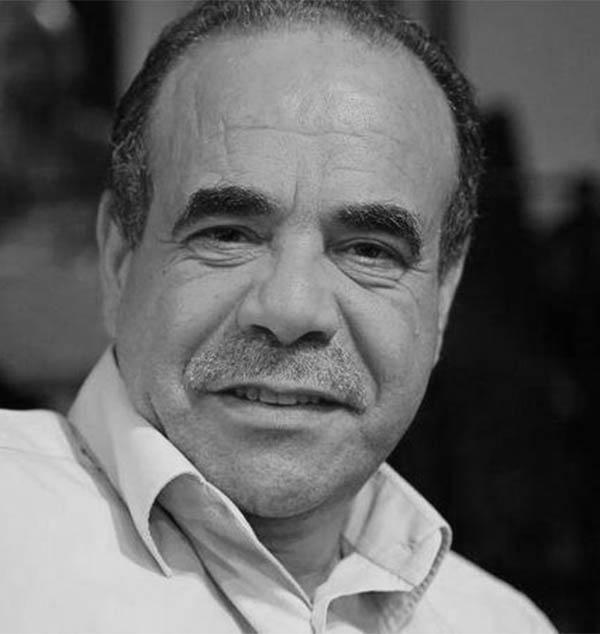 Shukri al-Mabkhout is a Tunisian writer, born in 1962, Shukri al-Mabkhout holds a Ph.D. in Arabic language and literature. Since 1987 he has been a research professor at the University of Manouba in Tunisia (Faculty of Literature, Arts and Humanities) where he also served as Dean of the Faculty of Literature, Arts and Humanities (2004–2011) and President of the University (2011–2017). He is managing editor of the refereed academic journal, Hawliyat al-Jami‘a al-Tunisiya (“Annals of the Tunisian University”); founder and managing editor of Academia magazine on university affairs; and founder and managing editor of the cultural journal Al-Fikr al-Jadid (“New Thinking”). In addition to numerous academic articles, he has written biographical works and books on the Arabic critical and rhetorical tradition. His recent research has focused on rhetoric and pragmatics, in particular, Speech acts theory, about which he has written widely. His first novel The Italian (2014) won the International Prize for Arabic Fiction (the Arabic Booker). He followed this with the short story collection Al-Sayyida al-Ra’isa (“Leading Lady”) (2015) and the novel Baganda (2016). He is the recipient of the Custodian of the Two Holy Mosques International Prize for Translation (Honorary Prize), the King Faisal Prize in Arabic Language and Literature (for his biographical writings), and the Abdul Hameed Shoman Award (Jordan) for Children’s Literature.

Stories by this
Author
5
Shukri al-Mabkhout