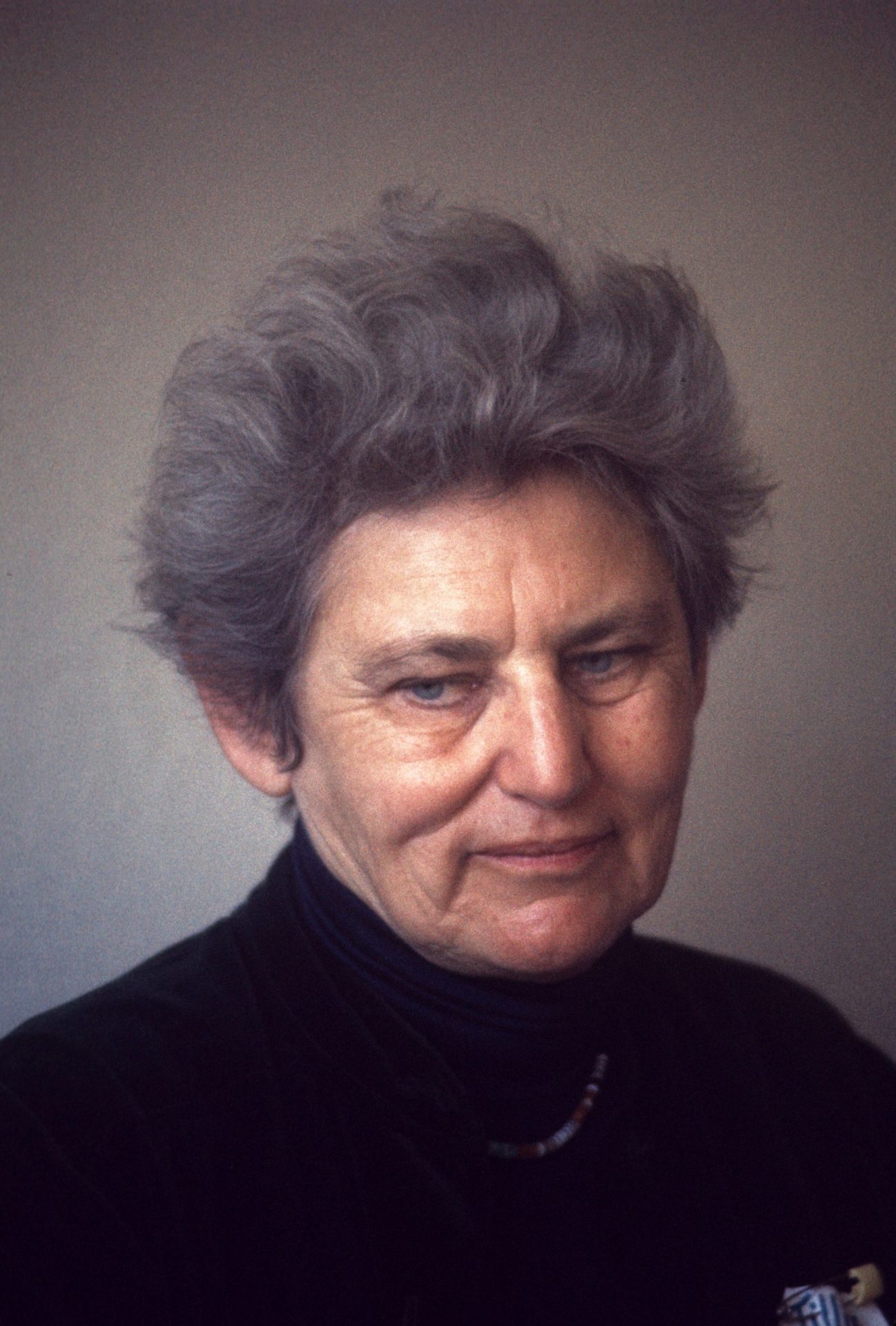 Tillie Lerner Olsen (1912-2007) was an American author, essayist, college teacher, social activist, and a formative voice of second-wave feminism. She is internationally known and honored for her powerful, poetic writing depicting the lives of working-class people, women, and people of color. She was born in Wahoo, Nebraska, the second of six children of Samuel and Ida Lerner, Russian Jewish immigrants who left their homeland after their involvement in the failed 1905 revolution. She grew up in Omaha, where her father served as State Secretary of the Nebraska Socialist Party. She showed talent and wit from a young age and became popular for the humor column she wrote in the high school newspaper until she dropped out in the 11th grade. In 1930, she joined the Young Communist League (YCL) and married Abraham Jevons Goldfarb, a leftist writer and activist, 17 years her senior. During the Depression era, she organized and participated in strikes, worked in a tie factory and in other low-paying jobs. She was jailed for organizing packinghouse workers in Omaha and Kansas City. While recovering from pleurisy and tuberculosis contracted as a result of factory conditions and weeks in jail, she began to write her novel, Yonnondio: From the Thirties, which was published only forty years later. In 1933, after the birth of her first daughter, Tillie and her husband moved to San Francisco. In the San Francisco General Strike of 1934, Tillie was once again imprisoned, along with Jack Olsen – a party comrade and labor organizer – who would become her life-long partner and with whom she will have three daughters. In 1934, her short story, “The Iron Throat,” two poems, and accounts of her role in that historic strike were published in the New Republic and The Partisan Review, and brought Tillie’s writing to the center of attention. For many years, Tillie divided her time between childraising, breadwinning, and engaging in social activism, which left little time for writing. She was a founder of the city’s first Parent Cooperative Nursery school, fought for quality childcare programs, became a leader in the PTA, served as director of the California CIO War Relief and President of the Women’s Auxiliary of the CIO during World War II. During the McCarthy era, Olsen was accused of being an “agent of Stalin working to infiltrate the city’s schools through the PTA.” A Stanford University Creative Writing Fellowship (1955-1956) enabled Olsen to return to writing. In 1961, she published Tell Me a Riddle – a collection of four short stories, which included “I Stand Here Ironing” – written in startlingly poetic prose that established domestic experiences as compelling subjects for fiction. In 1970, she published the story “Requa I,” and her celebrated novel Yonnondio: From the Thirties was published in 1974. In 1978, Olsen published Silences, a collection of essays which inspired women’s studies programs, and made her a sought-after lecturer and near celebrity. She was showered with grants and awards, including NEH and Guggenheim grants, Ford grant, O. Henry Award, and the American Academy Award. She was also honored with visiting professorships by many universities, including MIT, and received at least six honorary doctorate degrees. Over the years, she gathered disciples who called her “Saint Tillie,” our “national treasure,” and “Tillie Apple Seed,” for planting the seeds of women’s studies. The founder of Feminist Press called her the “Mother of Us All.” She was honored by San Francisco with a citywide Tillie Olsen Day in 1981. A similar day was declared in the City of Santa Cruz in 1998. Tillie Olsen died in 2007, weeks before her 95th birthday, surrounded by eight grandchildren, eight great-grandchildren, and fifteen nieces and nephews.

Stories by this
Author
9
Tillie Olsen