How to Be a Prisoner 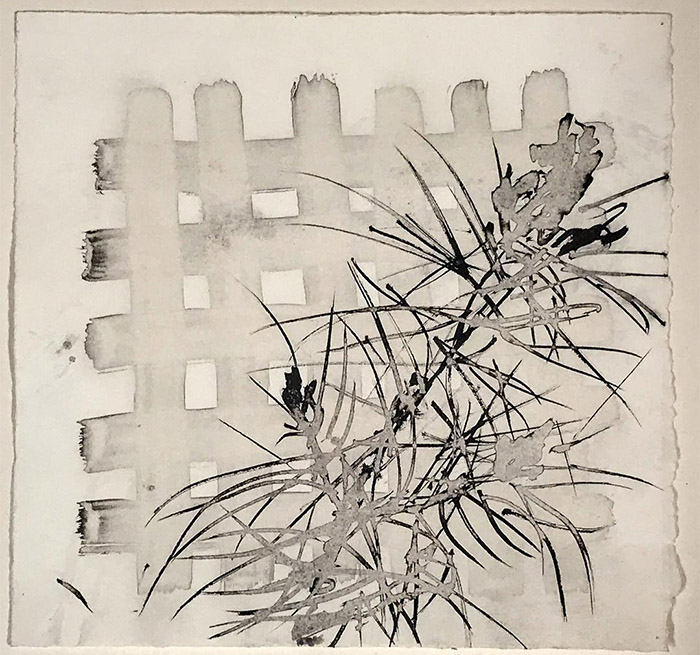 How to Be a Prisoner

Ben was my summer boyfriend, my “older man,” Mom called him. He was twelve, and I was eleven, a skinny eleven, though I believed my breasts appeared acceptable to those who mattered. He lived usually with his mother in Florida. He had a beautiful red face with a scar outlining his jaw from once playing basketball and diving into the pavement. He was known as a diver, though he didn’t swim. He even refused to stick his ankles in the baby pool my parents packed with beer and Coke for their parties.

The first Monday of summer, Mom stayed home from work. She had me on trial. Would she have to take a leave or could she trust me alone? No money for a sitter. In our neighborhood, kids ran around like abandoned animals, but we knew to be civilized when we had to.

I made lunch in the microwave, not the stove, which Dad said had the potential to explode when used by small hands. Cheese warmed between two slices of bread. I ate in the living room, reading about different breeds of cats and humming. Multi-tasking. Mom had the television on in the basement. She already pounded up the stairs once to check on me. She was having fun, pretending to care.

After lunch, Ben turned up outside the picture window carrying some pillowcases. With my hand on the doorframe, I swung toward him and we kissed for the first time in nine months.

“You smell like cheese.” He gave me a pillowcase, which was smooth and fancy. “I need to borrow your backyard.”

At the top of the staircase, I yelled to my mother, “I’m heading to be responsible out back.”

“I’ll be watching,” she called.

Ben went toward the pine trees, where so many years’ worth of needles covered the ground. He dropped to his knees and shoveled piles of them into his pillowcase. He said his dad had a new girlfriend who carried a tape measure in her purse. “At breakfast she measured my height.”

“How tall are you?” I asked. Some kids in the neighborhood called him a shorty. Whenever I brought him up they said, “That shorty?” though never to his face.

“The girlfriend asked if I knew you. She called you ‘That silly girl who ties something around her chest.’ She said that’s not what breasts are supposed to look like.”

“As if she knows.” I sat cross-legged in the needles and sorted out the sharpest. They were increasingly snappy the further down the pile. “Breasts don’t all look the same.”

“They had a conversation about it.” Ben filled another pillowcase. “Dad called your breasts ‘hypothetical.’ Or, I don’t know, ‘parenthetical.’ ”

“Your house is a house of hysterics.”

Mom came outside with a watering can. She watered the yellowed weeds near the back porch, watching us. Ben waved and smiled at her, and she took it as an invitation.

“I wondered when someone would have the initiative.” She nodded at the stuffed pillowcases. “Garbage bags would hold more.”

“Yes ma’am,” Ben said. “It so happens I have a need for needles just as you have a need to be rid o’ them.”

She gave me a look like we were weird. I groaned as she went for the bags. “I’m officially on the chain gang.”

“What’s wrong with her wrist?” he asked.

“It’s the color my chin turned a few days after I messed it up.”

I took a handful of pine needles. “You’re a crappy boyfriend.”

He took my hand and brushed away the needles. He had a crazy eye that twitched occasionally. “You’re a good kid.” He kissed me quick on the cheek, watching the backdoor.

With trash bags of pine needles, I followed Ben across the street. The needles pricked through my shirt, but I didn’t complain. Up a narrow stairwell and down a short stuffy hall, I wondered which room was his and what it would be like to follow him in and close the door behind us.

Instead, I watched him empty four bags of needles onto his father’s sheets. We smoothed the comforter over top so no one could tell what was beneath, and he showed me three small holes in the comforter.

We heard the front door open, and my mother, “Mary, you shouldn’t be here!”

“That doesn’t excite me.” He fluffed one of the pine-needled pillows. The bed was prickly and splotched. “Have fun with your ugly friends.”

Instead, I went home with Mom, my wrists crossed behind my back like they’d been handcuffed. “You know how to be nice, young lady,” she said. Boys’ homes were enemy territory.

I sprawled on the living room carpet until almost dinner. Dad’s car pulled into the drive. “There’s a gorgeous girl on my floor!” The screen door snapped behind him. He took off his shoes. “How’s my doll?”

“Tired and dirty.” I turned away from him, toward the kitchen. Mom was making sloppy joes.

“Your mother still mad at me?

I didn’t answer. He tiptoed over me, though there was room to go around.

“Let me see it,” I heard him say. I closed my eyes. All afternoon, Ben hadn’t kissed me. There was a bed. There was his anger. I imagined how it would feel, climbing into a soft space and getting pricked with a thousand needles. It was almost my turn.

*Licensed from The University of North Texas Press. Copyright 2018 by Jessica Hollander from In These Times the Home Is a Tired Place.