00.00
The Parts Where Your Pee Comes From

The Parts Where Your Pee Comes From 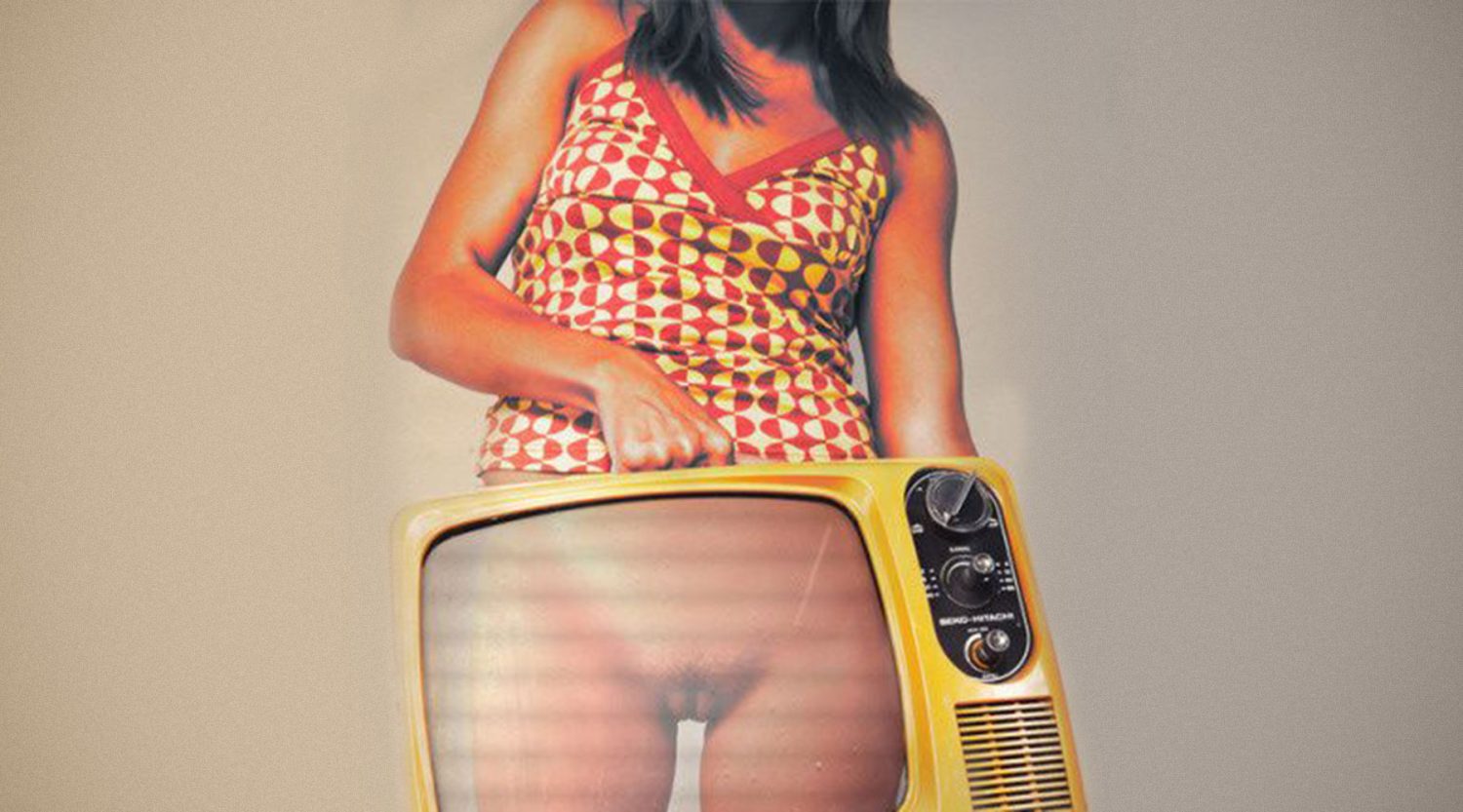 The Parts Where Your Pee Comes From

The question of “Why, on earth, do I write?” is one that pops into my mind just about every time I sit down in front of an empty page. Where does the strange urge to invent characters and events that never happened and want to share these imaginary events with others come from?
This question, I’m sure, has as many answers as the number of writers in the world, but the one offered by Emily Brout is one of the most powerful and touching I have ever read. The comparison between the urge to write and the desire of a little girl to show a boy her age “where I peed from” is painfully accurate: we write because we want to be seen, and not simply seen, seen from the inside. This desire is dangerous, difficult to defend, and the exposure it entails might lead to punishment, but just like the girl in the story, Emily continues to write. And it makes me very happy, as I hope it will make others who read her story.

She sat on a chair her hair cut short revealing her narrow neck. I wanted to cry and I wasn’t quite sure why exactly, that’s not true, I knew why. She gave me that intrusive thought that I always get when I am looking at someone I want to fuck but can’t muster up the courage to talk to.

I imagined myself breaking her neck; but I didn’t want to break her neck, really, I didn’t. That’s not who I am. A person is not the thoughts that they have. If I were the thoughts that I had, I’d be a pedophilic, murdering, incestuous, robbing, flying, lollypop stealing crack-smoking superhero. No, the breaking of her neck did not mean that I wanted to break her neck; it meant that I was fighting something within myself, perhaps denying something, something that was dripping out of my subconscious into my imagination in mutated form. Isn’t it unfortunate that the subconscious only speaks in riddles? You don’t break the neck of someone who you don’t have feelings for. I must not have been too subtle because after she used the restroom, instead of sitting back at her table, she sat down at mine instead.

She grabbed my hand and looked me in they eyes. .

“How are you?” she said, in an over concerned tone of voice.

She continued to stare at me. She raised one of her thin eyebrows.

I was flabbergasted by this aggressive kind of questioning. I wasn’t sure what to say. So I didn’t say anything.

Okay I thought to myself, just ask a question. A question is the fuel for any kind of conversation. What kind of question though? You can’t just steal hers. No one wants to have a conversation with a mirror.

A “Who are you?” slipped out of my mouth.

FUCK, what kind of question is that.

“I am the product of incestuous union. When I was born I had a cleft palate. For years, I used this as an excuse for not going on dates with men who asked me out. I told myself I said no because I was scared that once they found out what I was they wouldn’t want me, but that’s not why I said no really. Denial is a very powerful coping mechanism. I said no because I was not interested in dating someone I did not have to convince to like me, and when men asked me it made me perceive them as a non-prize, it turned them into honorable mentions.”

There was something very intense about her. It wasn’t because she was trusting, or her economic use of words, but because she understood that for one to truly connect with another being one has to take a risk, reveal something about themselves that they’d rather not reveal, and I am not saying that the first thing out of your mouth has to be about that time you were a young girl and your mother caught you in the closet with your friend Matthew, and how she brought you to the bathroom, ripped off your clothes, and taped your hands to the side of the toilet so you couldn’t move. How she spread your legs, and cleansed your soul with nail polish remover. I am not saying that you have to tell her about how it was the most pain you ever felt in your life and how from that day on you’ve been forever infuriated at nature, because it was nature that designed women in such a way, with a permanent open wound that really any asshole could take advantage of by simply filling. I am just saying that you have to start the process, you know, take the lid off a little bit so something can begin to incubate, the greater the risk the better the prize. This isn’t something I can do, and believe me I’ve tried.

I don’t remember what face I made after she said that, but it must have not been a very good one, because she laughed at me and said, “You look like adorable Meer-Kat.”

She brushed her leg against mine under the table. I felt her bare toes against my leg. She must have taken her shoes off under the table. This woman is sly I think to myself. Her touch confuses my body. My body likes it but cringes in disgust; it’s this enjoyable disgust. The kind of disgust one may feel when looking at a pimple being popped. Its satisfying, but its stomach churning, but for some reason you want to keep looking. I’ve never been so simultaneously turned on and uncomfortable. It’s quite a paradox, and how does one act when they have one of these mixed feelings. What aspect of it do they respond to? I just peered down under the table hoping her leg would continue to rise up my leg. I thought about what I could do and what the possible ramifications of it would be. If I touched her in return, would my body tingle or would it churn? Was there a way to isolate one of those emotions? Had my body churned because she made the first move? Was I responding to her dominance or was I responding to her, the offering of herself. All this overthinking kept me from any sort of immediate act, I slowly took one of my shoes off and inched my toe closer towards her. I did not look down so I could not tell where her feet were. I must have missed her by an inch. I pulled my foot back to try again, but at that moment she put her shoes back on, bent down, and tied her shoes in silence. When she finished she got up looking slightly offended. I wanted to tell her that I wanted to touch her with my toe. I wanted to tell her that she’d awakened something inside me, but I didn’t, I wanted to share more of myself the way she had shared with me, but I hadn’t.

I got home and wrote in my journal:

Conversations I wanted to have but didn’t

She sat on a chair her yellow haircut short revealing her narrow neck. I wanted to cry and I wasn’t quite sure why exactly, that’s not true, I knew why. She gave me that intrusive thought that I always get when I am looking at someone I want to fuck but can’t muster up the courage to talk to. I imaged myself cracking her neck. I walked up to her and sat down at her table.

The girl smiled at me raising one of her thin eyebrows.

“No really, how are you?” Said the woman.

“When I was a little girl I had this friend named Matthew. One day when we were playing he told me that he wanted to see where I peed from, so I grabbed a flashlight put it in the closet and closed the door. I turned the switch of the flashlight on and when I did he pulled my skirt down. I put the flashlight in between my legs. He sat on down and peered up. He asked me if I could pee so he could see where it would come out so I did. He grabbed the cup that we had been drinking Kool-Aid out of.  When the stream poured down my leg he still wasn’t thoroughly convinced ‘what part of my parts it was coming out of’ so he took his finger as if trying to find a jet in a hot tub. My mother opened the door.  Once she saw us and fully processed this intimate moment she stared at me angrily and took me by the arm. She brought me to our bathroom, wrestled around the cabinet, and took out some nail polish. She placed it on the counter, and took out tape, which she used to glue me to the toilet.  She poured the nail polish between my legs. She poured slowly lifting the bottle up and down so it lasted longer. She only had to pour a few times though because nail polish remover stings for a long time. The third time she was about to pour I wanted her to because the waiting for the pain was worse then the pain itself.”

“I know you’re probably wondering why I am telling you this story. When I saw you sitting there I could not help but think about wanting my mother to pour the nail polish because that’s how badly I wanted to talk to you.”

The girl reached for my face and cupped my chin in her hand and said, “ Can you show me the parts your pee comes from.”